War Jeune back in winning form 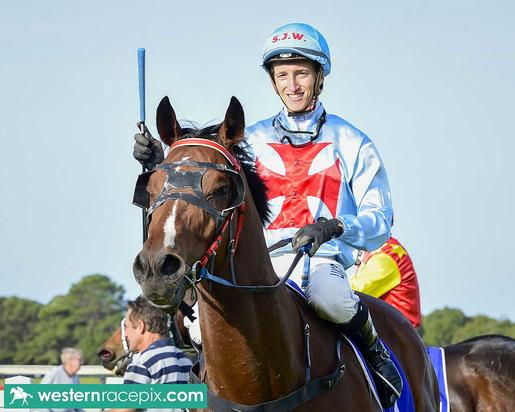 Gifted six-year-old War Jeune recaptured some of his best form and recorded his first win in 694 days in the Albany Stock Feeds Handicap (Race 5-1500m) at Albany this afternoon.

The multiple city-winning son of War Chant had battled soundness issues over the past 18 months that have significantly impacted his results, but he was back to his old self today, facing the breeze outside race leader Little Punga, before stretching out to well for his rivals in the straight to win by just over a length with Andrew Castle in the saddle.

It was the best War Jeune has covered the ground since his third-up placing at Ascot back on January 19 and it was a sign that the recent changes we've made to his training program are beginning to pay dividends.

This result was a terrific reward for those connections who've waited patiently for us to get War Jeune back in the winner's circle, and it took his total earnings to $211,780 ($18,160 this campaign).

At his very best, we believe this fellow can win in town again, but for his next assignment we're eyeing off a Ratings 58+ Handicap (1600m) at the final Albany meeting of the season on Sunday May 12.