Lordhelpmerun gets the job done 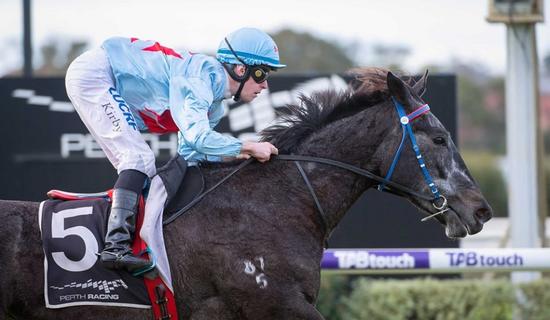 It was fantastic to see stable star Lordhelpmerun back to winning form in the Ilario Spagnolo 50th Birthday Handicap (Race 6-1400m) at Belmont today.

We expected him to be very hard to beat and the market agreed, sending him out a heavily supported $2.25 favourite, and the result was never really in doubt after gifted apprentice Brodie Kirby landed in the perfect running position.

Kirby then produced Lordhelpmerun at the right time on straightening and the big fella did the rest, fending off the big-finishing Moschard to score a confidence-boosting victory.

It was a big result for connections with $88,100 in stakes and bonuses in the bank and after a quality effort behind flying filly Flirtini, it showed he is right back on top of his game, taking his total earnings to $391,900.

Lordhelpmerun hadn't won in seven starts since claiming last year's Group 2 WA Sires' Produce Stakes, but has been still maturing and we never lost faith in him, with his best form still 12 months away.

Exciting times to have a horse of his talent in the stable and we're looking forward to trying to notch up another win or two this prep.